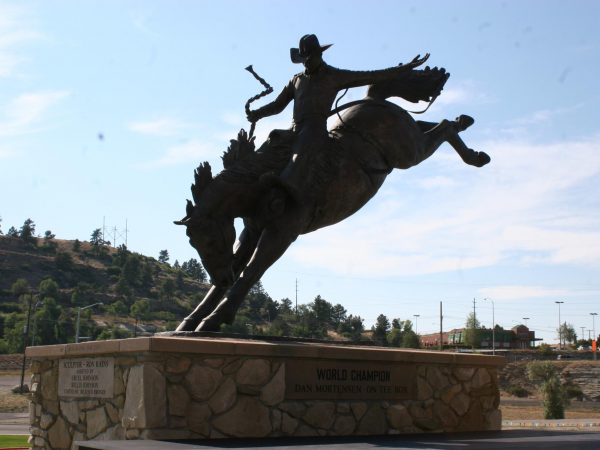 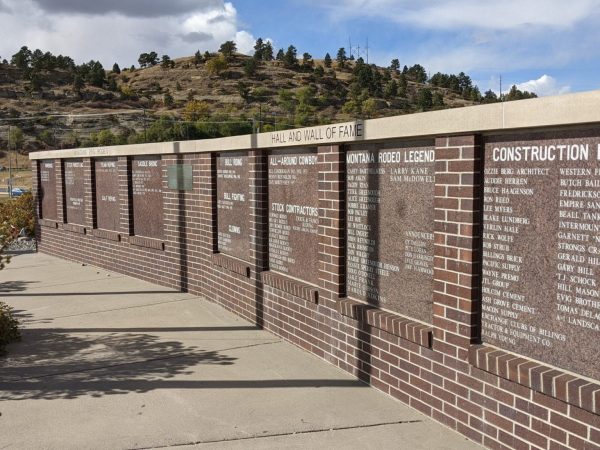 How it all Started

The Montana Pro Rodeo Hall and Wall of Fame (MPRHWF) organization began with a conversation between two Billings area residents, former rodeo rider and announcer Lyle Graves and western artist R.F. Rains.  As an artist, Rains was known for his life-like quality and attention to detail on his bronzes. The conversation led to the formation of the Yellowstone County Arts & Bronze Committee (YCABC) in 1998.

The YCABC vision was to produce a monument to recognize individuals who had contributed to the western heritage of Montana. Graves and Rains concurred that Billings native Dan Mortensen, who at the time had already achieved five PRCA world titles, should be the model. The years of planning began.

A conceptual watercolor by local artist Zack Garretson was the inspiration for the spectacular 18 foot bronze sculpture that became the focal point of the site with a curved brick and granite Wall of Fame, showcasing the names of Montana’s champion rodeo cowboys and cowgirls.

In 2002, the YCABC reformed to our current organization, the Montana Pro Rodeo Hall and Wall of Fame. Later that year, after years of work and fundraising, the monument site was dedicated October 16, 2002.

This was Rains’  last major work as he passed just six months after the dedication. Thousands of people each year enjoy this tribute to Montana’s rich rodeo tradition located at the entrance to MetraPark Arena in Billings, Montana.

In 2010 it was decided to expand the wall and add an additional monument wall to accommodate all the professional rodeo champion cowboys, cowgirls, rodeo committees, personnel, rodeo queens and pro rodeo legends.

In June 2010, a tornado stuck the site and damaged both the original wall and the newly constructed wall, as well as the landscaping. Fortunately the statue was undamaged, though a large number of the granite brand blocks displayed on the exterior wall of the First Interstate Arena at MetraPark were. Now, all the damage has been repaired to be enjoyed by visitors to the site.

Partners who helped in the original construction

The Montana Pro Rodeo Hall and Wall of Fame is a non-profit Montana 501(c)(3) corporation (Tax ID #73-1654036). Contact your tax advisor for guidelines regarding deductions for tax purposes.